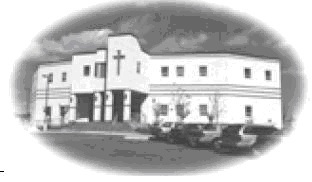 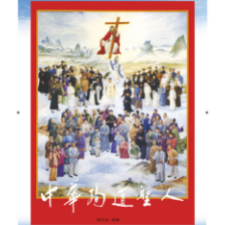 As the number of parishioners increased, space was running out at the school hosting the Sunday mass. In August 1989, a Parish Building Committee was formed. Between October 1989 and 1992, the parish also borrowed Blessed Mother Teresa Catholic Secondary School as an alternate venue of masses, until it was replaced in February 1992 when Mary Ward Catholic Secondary School was used to host the Sunday masses.

In 1990, representatives from the parish met with the Archbishop to request for a piece of land to build a new church, and it was finally approved in July 1991. Thanks to the work of Mr. Tony Ma, chair of the Church Building Committee, all its committee members and secretary, the four consultants from the parish, and the parish council chair, the ground-breaking ceremony was held on November 10, 1992, and the actual project began in January of the following year.

During all these years, various fund-raising events such as 'Singathon', Bazaar, and Chinese Opera shows were held. Thanks to the support of all the parishioners, the new church with a capacity of 900 was completed and hosted its first mass on January 9, 1994. The shuttle bus also came into service to transport parishioners to the church.

The official church blessing ceremony hosted by the Most Reverend Bishop Mikloshazy was held on October 15, 1994, and the 10th anniversary was celebrated on October 3, 1997. The first decade album (1987 – 1997) was published in April, 1998. The 20th anniversary album (1987 – 2007) was published in 2007. During the last two decades, the number of parishioners kept on increasing, and a very energetic parish was formed.

The founding and the stabilizing of this parish must be attributed to Fr. Tang. He led the parish with an optimistic and hard-working attitude. On August 2002, he handed over his position to Rev. Fr. Peter Leung, in front of then-bishop, Most Rev. Nicola De Angelis.

During Fr. Leung's five years term, all parish activities were in order, and the spiritual activities have strengthened the faith of all the parishioners. He paid special attention and emphasis on children and youth, highlighted by the foundation of the Children Formation Group. The Social Justice Group as well as the Pro-Life Committee was formed to take care about our neighbors and the community.

​From 2007 to the present, led by our current pastor Rev. Andrew Jianwei Deng of the congregation Little Brothers of St. John the Baptist , the parish continues to grow and expand, with faithful from mainland China continues to increase. Our parish slogan is 'Be you, Be me, Be part of it …Unity in CMCC.

Let us give our heart-felt thanks to our Lord. Without His blessing, there is nothing we can do. As we enter the 3rd decade, let us put everything in the hands of God.​